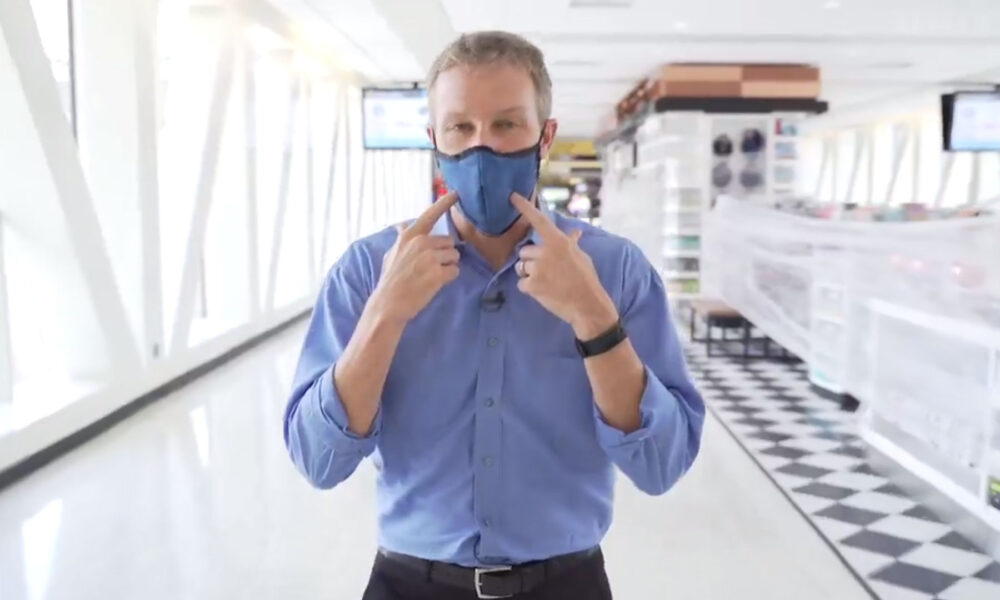 United Airlines produced a video starring chief executive Scott Kirby extolling the use of wearing a face covering on flights, but not all flyers are happy about the message. On LinkedIn alone, a minority have criticized the carrier for the mandatory usage of face coverings.

United Airlines’ chief executive Scott Kirby is the latest to come out and explain why mandatory face covering usage aboard aircraft is a good idea, but not all flyers are buying the pitch. The airline executive and his message were featured in a short video posted to United’s social media channels, with open comments providing an interesting debate.

“One Of The Most Important Things” is Wearing A Mask

In the one-minute video, Kirby summarized the airline’s policy while wearing a mask walking through an airport. His message focused on the fact that science suggests using a face covering is the easiest way to reduce the spread of the novel Coronavirus, and protect others from potentially getting it.

“One of the most important things any of us can do to halt the spread of Coronavirus is wear a mask,” Kirby said in the video. “It really is about protecting others and protecting their safety.”

United’s leader noted that the Chicago-based airline was among the first to mandate face mask usage in the U.S. aviation industry, and also talked about increased penalties for non-compliance. Kirby stated in the video flyers who refuse to wear a face covering will not be welcome aboard the carrier until the COVID-19 pandemic is over.

This follows guidance released by United on June 15, 2020, when the airline noted flyers who will not wear a face covering could be placed on a travel ban list. According to their press release: “Customers on this list will lose their travel privileges on United for a duration of time to be determined pending a comprehensive incident review.” The mask policy will remain through at least August 2020, but could be subject to extension.

Comments Fire Back Against Facemasks

Although the comments about United’s mandatory policy were overwhelmingly positive, a select few denounced the move. Some claimed the use of face masks are a personal choice, and should be allowed to fly aboard “mask-free” flights.

“Refusing service to a certain segment of customers is a very ill advised and bad idea!” one LinkedIn commenter wrote. “This is an individual’s choice. Are there some reasons why an individual could not wear a mask?”

“Face shields are next, while we are at it, your clothes can contaminate your house,” another commenter opined. “Might as well use hazmat suits… Do not live your life in fear.”

Others were concerned about United’s policy of selling flights to capacity starting July 1, 2020. One commenter responded: “Bravo for enforcing the wearing of masks, but your decision to sell full flights is forcing me to look at other carriers for my flight accommodations for the foreseeable future.”

The majority of those comments were positive, with many saluting the airline’s leadership in reducing the spread of COVID-19. Most flyers said they would gladly wear a mask while flying with United or any other airline.

United is the second carrier to enforce a mandatory face covering rule, and enforcing it with a ban list. American Airlines was the first to create a ban list for non-complying travelers, and reportedly barred one flyer’s flight privileges after they refused to wear a face mask. It’s unclear if United has put any flyers on their ban list.